The Sumptuous Voice of Diana Krall

Diana Krall first came to my attention when she was still a young piano player in British Columbia. She'll tell you that she grew up listening to Piano Jazz and A Prairie Home Companion on Saturday nights with her family. One day, out of the blue, I got a call from her. She was looking for a little career advice.

Several years later, after she had put out a few CDs, I had her on the show. She was a shy young thing, but, boy, could she play. At that time, she was just beginning to realize her potential as a singer, and I knew she was going to go far.

Diana and I met up recently at the 2006 Tanglewood Jazz Festival. I was there doing a live taping of Piano Jazz with her husband, Elvis Costello. She was six months pregnant at the time with twins, but she was gracious enough to surprise the audience there with a few tunes before Elvis and I wrapped up the show. It felt so good playing together, so we decided that day that we wanted to do a Piano Jazz session before she had her babies. About a month later, and just two months before her delivery date, Diana and I got together for this session.

Canadian pianist, singer and songwriter Diana Krall grew up in a town called Nanaimo on Vancouver Island in British Columbia. Both her father, who collected jazz records and played a bit of stride piano, and her mother (also a pianist) encouraged her interest in jazz and exposed her to all of the great players. She began studying the piano at age 4 and had several small jazz groups while in high school. When she was 17, she played at the Vancouver International Jazz Festival and won a scholarship to Boston's Berklee School of Music.

The legendary bassist Ray Brown had heard Krall in Canada, and he encouraged her to move to Los Angeles to study with him. While there, she also began studying with Jimmy Rowles, who encouraged her to sing as well as play piano.

In 1990, Krall moved to New York and began performing regularly with her own trio. Three years later, she recorded her first album. In 1994, she signed with GRP records, beginning a long association with producer Tommy LiPuma, who produced the 1995 release Only Trust Your Heart. It featured an all-star group backing Krall, including her mentor Brown, bassist Christian McBride, drummer Lewis Nash and saxophonist Stanley Turrentine.

Each of Krall's subsequent recordings has met with critical acclaim and commercial success, including When I Look in Your Eyes, which won a Grammy for Best Jazz Vocal Performance.

Krall met singer Elvis Costello at the 2002 Grammy Awards and the two struck up a relationship. They were married a year later. Krall's 2004 release, The Girl in the Other Room, included several collaborations with her husband. 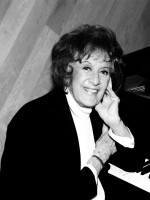