Celebrate our 40th Anniversary by making a special $40 donation to us today! Call us at 1-888-232-1212 or donate online.
Webcasts
Upcoming and Noteworthy
What's ahead on The Classical Network? Catch some of these great programs coming your way. Information on evening concert broadcasts of the New York Philharmonic, Chicago Symphony Orchestra and other nationally broadcast performances can be found on our home page.

Listen to the Pope Marcellus Mass on Friday's Distant Mirror, the work which is credited with saving polyphonic church music.  The story goes that in order to more easily combat the reformation the church had to present a music that was less elaborate and therefore more audible to the ordinary layman.  At the Council of Trent in 1555 the cardinals were about to agree to return to plainchant when Pope Marcellus comissioned Palestrina to compose a mass that would show the world that part-music could be both concise and musically valuable.  The Pope Marcellus Mass is considered by many to be the greatest mass ever composed.  The Tallis Scholars perform directed by Peter Phillips.  Join Allan Kelly Friday night at 10. 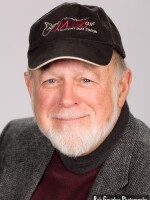