Now's the time to make your tax-deductible gift to support the music programming that keeps you company all year long! Click here to donate.
The Classical Network In Concert

This broadcast features the Bach Choir of Bethlehem's October and November Bach at Noon performances.

The Bach Choir of Bethlehem performs a selection of cantatas and other works by J.S. Bach in this concert broadcast, which pairs together the choir's October and November Bach at Noon programs. Bass David Newman is the soloist in Cantata No. 82, Ich Habe Genug, and the choir also sings Cantata No. 131, Aus der Tiefen rufe ich, Herr, zu dir. Soprano Sherezade Panthaki and baroque flutist Barthold Kuijken join the choir for the November program, which features Cantata No. 206, Non sa che sia dolore, one of the rare sacred works Bach wrote in Italian, and also the Partita for Solo Flute in A-Minor. Artistic Director and Conductor Dr. Christopher Jackson joins David Osenberg as co-host for this broadcast.

This broadcast also serves as a lead-up to our latest regular concert series, as we bring you the choir's monthly Bach at Noon concerts live on the second Tuesday of each month at noon beginning next week.

**Note - Due to the length of this three-hour program, Millennium of Music will begin one hour later, at 11 pm. 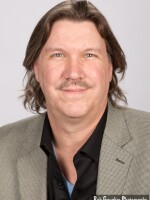